Thank you, Asheville & Western NC, for all of your fabulous support over the last year & for voting for us in the
Best Of WNC Mountain Xpress Poll!! 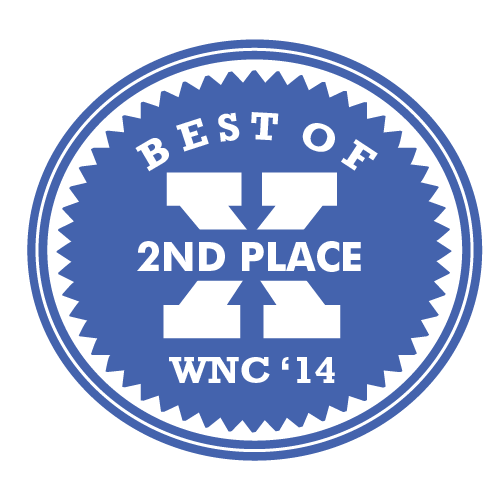 We're honored to be included among so many great shops & services!

Thank you Macon York for mentioning us in your article in Design Sponge! 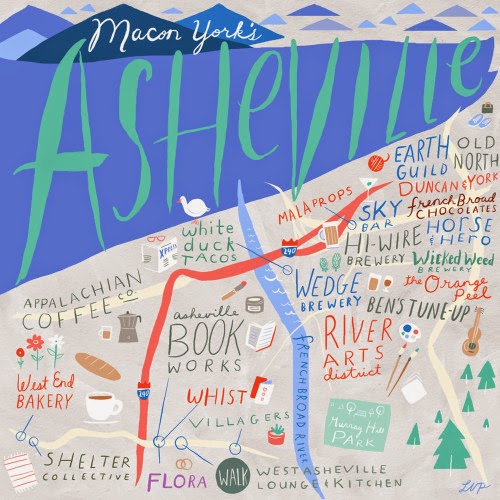 24 Hours In Asheville
What could be better??

Many, many "Thank You's" go out to the Laurel of Asheville's Leah Shapiro, who wrote a fabulous article about us in May's issue (& took the sweet pic, too!). Take a look at this link or below: 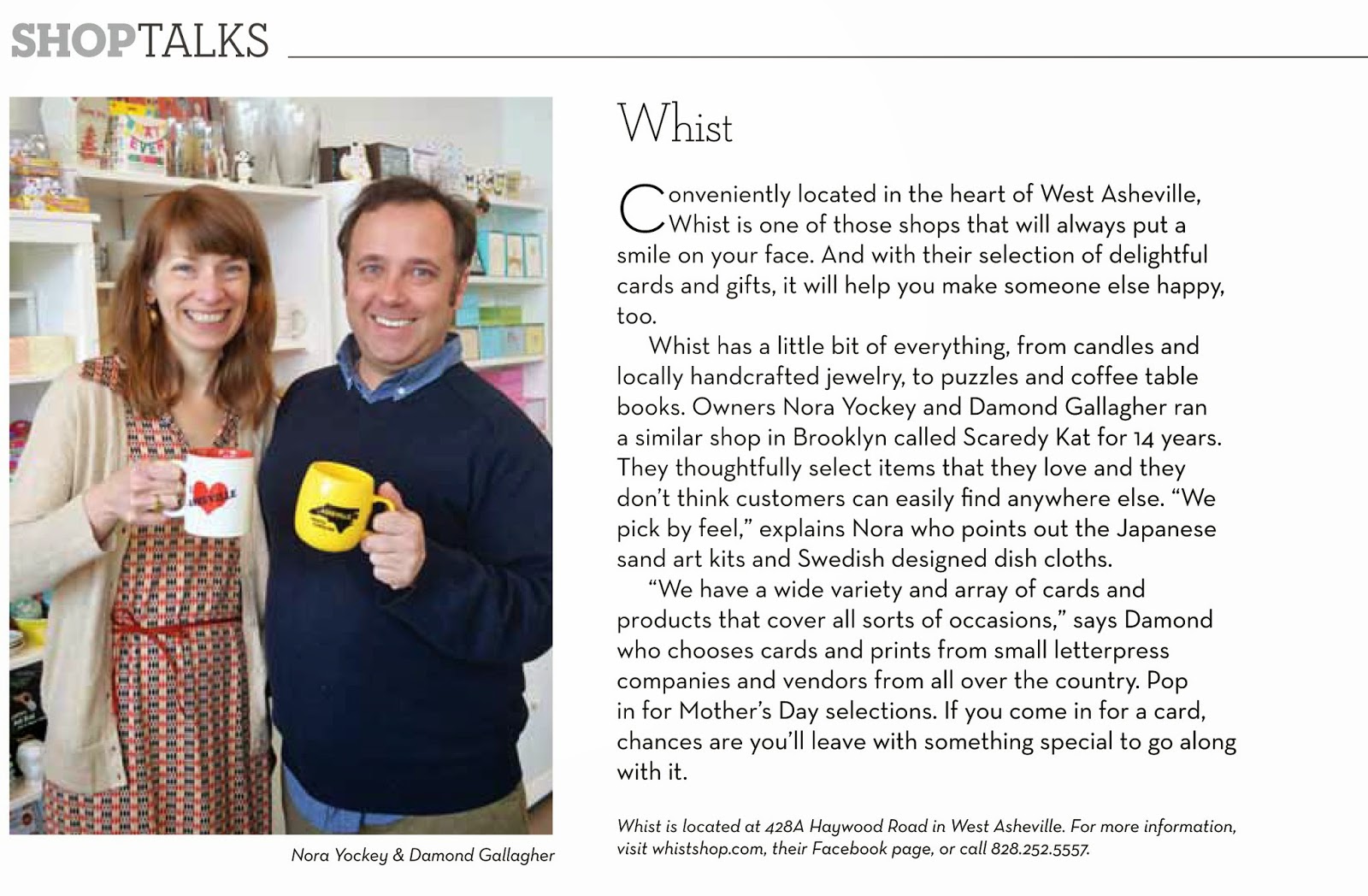 And Big Thanks go out as well to travel guide Hip Green Scene which did a great multi-neighborhood Asheville article! Take a look in the West Asheville section & you'll see us & many of our neighbors as well! 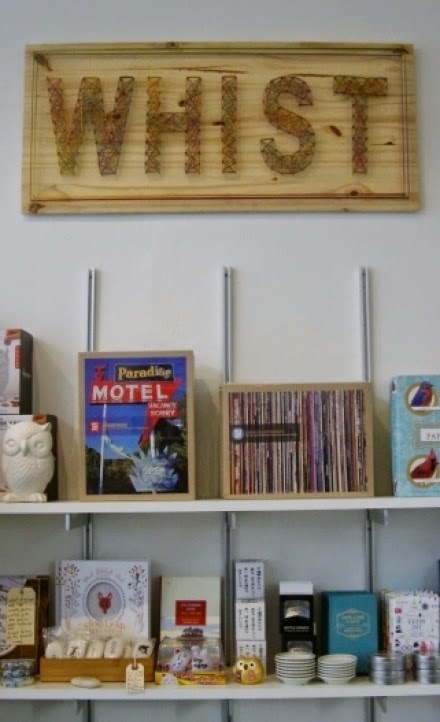 Come on down to Asheville Bookworks this Friday, March 14th, from 6-9pm!

Former Asheville resident Brandon Mise is having a book release party for his new book, Adventures in Letterpress. 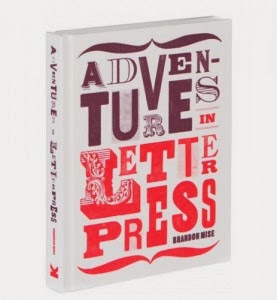 Take a look at the info on the Asheville Bookworks site & we'll see you there!
Posted by Whist Shop at 11:50 AM 2 comments:

Take a look at some fabulous West Asheville love!

And From the Feb 18th Forbes Travel Guide Blog:
http://blog.forbestravelguide.com/spending-two-perfect-days-in-asheville#cmpid=cgibson
Thanks go out to Claire Gibson for her mention of Whist, West AVL neighbors Asheville BookWorks & Sunny Point Cafe as well as other wonderful Asheville spots.

We want to thank everyone for the warm support we've received here in West Asheville! It's been a wonderful beginning & we can't wait to see what 2014 has to offer!

We'll be taking a holiday break for a bit, with a portion of the time devoted searching for new treasures at the gift show in Atlanta!

Article from the Asheville Citezen-Times from Oct 3 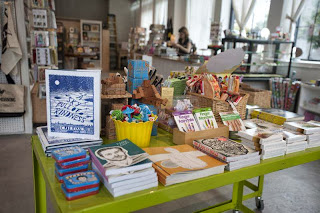 Damond Gallagher didn't just open a business in West Asheville.
He's staging a show.
Gallagher and his partner, Nora Yockey, have backgrounds in theater. So it's easy for him to see a retail shop as a stage: You hang the lights, build the sets, he noted.
Yockey and Gallagher recently debuted a new play in West Asheville: Whist, an independent gift shop on Haywood Road. This piece's cast of characters include fun and festive greeting cards, as well as just-because gift items like jewelry, candles and pictures frames.
The store is really a second act for the duo, who were proprietors of Scaredy Kat, a card and gift shop in Brooklyn. "We just jumped into (business ownership)," Gallagher said. "We both have design background; have collected stuff. We started from scratch and built it up over the last 14 years."
They will celebrate Whist with a grand opening from 5-8 p.m. Friday. The event will include Permanent Vacation, an exhibit of vintage arcade tourist photos from the duo's personal collection.
Gallagher got his first taste of North Carolina when he moved to Winston-Salem to attend University of North Carolina School of the Arts. He studied lighting design and stage management at the prestigious school, and worked in theater professionally in New York after graduation.
His art background shaped his aesthetic eye and introduced the Tar Heel state to this Colorado native. "I traveled around a bit, but I never came to Asheville during that time," Gallagher said. "I had a really great time."
So after two decades in New York, Gallagher and Yockey sought a change -- and looked South to the state that had been his home once before. The surrounding mountains and the vibrant community in Asheville called to them, they say, especially reminding Gallagher of Colorado. They came to visit friends last year, went to an Orange Peel show, and when they got in the car, they felt like they should be driving to their house, Gallagher said.
"We wanted a new adventure," he said.
Some of the lines have migrated with Gallagher and Yockey from Brooklyn, but Gallagher also aims to incorporate more local artisans in the shop's shelves.
"For us, Asheville seemed to be the perfect combo of a creative community with the right-sized town," he said.
Whist, which is in the former Ship to Shore design studio, is smaller than Scaredy Kat. This change has forced the duo to essentially streamline the business and focus on what they do best, Gallagher said. "The space itself really caught our eye," he said. "We wanted to try to build a local clientele."
And they are that local clientele: They found a house that's just three blocks away. "We get to walk home to make lunch," he said.
Whist "has an emphasis on greeting cards, and then some general gifts," he said. "It's a little bit of everything that catches our eyes. We really look for the design of an item. ... We want something that looks fresh and modern, and something that you haven't seen in other places."
They also strive to keep the prices low: Cards range from $2.50-$5; candles, for instance, will run you $10-$20.
These price tags welcome the sort of everyday gift, the kind of I'm-thinking-of-you gestures that have so much value. I love it when I get postcards in the mail and have made a habit out of sending my boyfriend letters (mostly so he will be forced to check his mail).
I think we all need more excuses to show people that we care with little treats. I delight in the process of gift-giving; if I made a lot more money, more of my salary would be dedicated to doing things such as sending flowers to my mom.
Whist, with its fun, fab selection with the right price, certainly encourages me to do more of those priceless nice, little things. Two bucks at a time.
Posted by Whist Shop at 11:32 AM 3 comments:

Whist Shop
Welcome to Whist! We are now open and fully functioning. Our hours are 11-6 Mon-Sat / closed on Sun. Come by & say hello: 428A Haywood Road Asheville, NC 28806 . Visit us virtually at: www.whistshop.com